According to the 2017 Florida Highway Safety and Motor Vehicles Annual Report, there was an average of 1,098 car accidents every day in the State of Florida. In 2017 alone, there were 254,310 people injured and 2,924 people killed in motor vehicle accidents. To suggest that driving in our state is dangerous is an understatement.

Everyone driving a motor vehicle in the state of Florida has a duty to other people on or around the roadway to drive in a safe manner. When someone drives carelessly and causes a motor vehicle accident, they have breached their duty to the people impacted by the accident. Therefore, the careless driver should be legally responsible for any injuries or damages caused by their negligence.

Who is at Fault 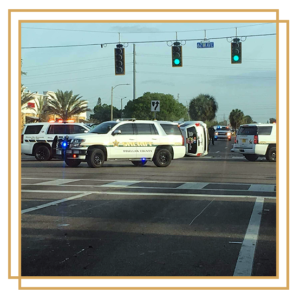 Sometimes it is difficult to determine who is at fault in a motor vehicle collision. Sometimes both drivers involved in the accident share some amount of fault for causing or contributing to the accident. Under those circumstances, each person involved in the crash would be held responsible for whatever percentage of fault they bear. For example, if it is found that a driver is 50% at fault for causing an accident that resulted in injuries to my client, then that driver will be responsible for paying for 50% of the injuries or damages caused to our client. Therefore, if you are injured in a car accident and you think you might be at fault or even if you were ticketed for the accident by law enforcement, you should still contact us to review your case. We have had clients hire us who initially felt that they didn’t have a valid case because they believed they caused the accident that resulted in their injuries. In many of these instances, after we have had the opportunity to investigate the accident, evidence comes to light showing that our client is only partially at fault or isn’t at fault at all. Therefore, they may be able to recover from the other driver depending on the other driver’s percentage of fault in causing the accident. Sometimes the law enforcement officer investigating an accident makes a mistake and tickets the wrong person. We have had several cases where this has happened and we were later able to unwind the law enforcement officer’s mistakes to prove that our client was not at fault for the accident. This is why it is important to consult with an attorney if you are injured in an accident, even if you think you might be at fault for causing the accident. 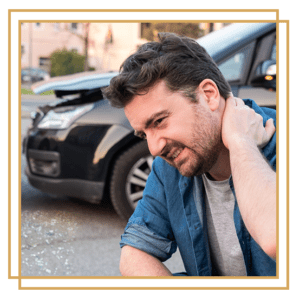 Some injuries sustained in motor vehicle accidents are easier to see than others. People can break or lose body parts, suffer severe scarring or have some other visible injury. In those cases, it would be easy for a jury to see the injuries and determine that they were caused by the accident in question. Other times, people suffer mental or internal physical injuries that can’t be seen by the naked eye. Examples of these are herniated discs in your back or neck that now cause pain on a daily basis or affect your ability to use your arms and legs. Other examples include depression and/or anxiety one may suffer from as a result of a motor vehicle crash or a traumatic brain injury causing memory loss or other cognitive issues. Despite the fact that people suffering from these ailments may appear perfectly normal on the outside, all of these are serious injuries that can be permanent and you may be entitled to compensation for your financial losses, pain and suffering resulting from these injuries. It is important that you receive medical treatment from skilled medical providers who know how to pinpoint, diagnose and treat these types of traumatic injuries. I can help you find highly qualified doctors who are experienced in treating people who have suffered traumatic injuries in accidents. Seeing the right doctors is critically important because they are in the best position to identify your potential injuries and provide the appropriate care to help you recover.

If you are injured in a motor vehicle accident, call us immediately so we can evaluate your case and take all steps necessary to secure evidence and otherwise build your case in order to present the truth so you can get the justice and compensation you deserve. We will help you get the medical treatment you need and will take care of the legal aspects of your claim so you can focus on getting well while we handle the rest. CARE, COMPASSION, PREPARATION; INJURY LAW AS IT SHOULD BE.